The last time we heard from Preston Lovinggood – the singer-songwriter behind Birmingham, AL cult heroes Wild Sweet Orange – was with his stunning 2014 album, Shadow Songs. The soundscape of songs showcased Lovinggood’s intricately-detailed, and low-key funny tales of love, longing, and loss, even spawning a lo-fi companion album, Sun Songs.

Consequences,  Lovinggood’s new album, is his best, most concise, and hook-laden album to date, which manages to conjure a unique soundscape of its own: sun-kissed, modern pop that pulls off the neat trick of appearing straightforward when, upon further inspection, the music often trails off into subtle psychedelic curls.

Lovinggood’s music is properly cinematic, sustaining moods, characters, and themes, and Consequences is, in a sense, a “break-up” record, but the storyline resists linear narrative and opts for a cut-up approach – its two lovers unstuck in time.

At just under 40 minutes, Consequence, with its rich productions and scrupulous observations peppered through the lyrics begs for repeat listening. “Everything Will Be Okay,” “Taken in the Night,” “Divorce,” and the beautifully orchestrated title-track are breathtaking, sweet, hilarious, hallucinatory, and devastating – often all at once. And “Moon Fever” is arguably the spiritual centerpiece of the album.

Although recorded closer to home in Nashville with producers Juan Solorzano and Zachary Dyke, Consequences is a California record through and through: The sweetness, the sun, the artifice, the dark underbelly – it’s all there. Where Shadow Songs lurked in Los Angeles’ 60-cycle nighttime hum, Consequences steps out into the ocean air, bathing in the beauty and contradictions – bringing everything into the light.

“It’s strange how parts of our self can feel tied to a place,” wonders Lovinggood. Indeed. And Consequences is a reminder of how songs can bring us back to the beginning – to retrieve something we thought was lost.

“During that phase of my life I sort of went from one dysfunctional relationship to the next. Consequences is trying to cleanse that out. That Hollywood version of love,” says Lovinggood. “So maybe these songs are a journey towards healthy self-esteem. And a plea for forgiveness – from others and myself.”

Consequences is Lovinggood’s most collaborative project since Wild Sweet Orange’s sole full-length LP, We Have Cause to Be Uneasy, and producers Solorzano and Dyke also doubled as Lovinggood’s bandmates. Sanders Bohlke contributed lyrics and melodic ideas to several songs, including “Taken in the Night” and “Moon Fever” – both of which began life as Wild Sweet Orange demos.

While stuck inside during a rare Alabama ice storm, Lovinggood realized that he needed help with lyrics – a sincere act of surrender from an artist known for his way with words. Lovinggood reached out to two friends: Paul Padgett (a Virginia-based NASA employee Preston met in Nashville) and Birmingham-based writer Adam Wolnski.

“I would send them all of the lyrics I had for a song. And they would send me all their ideas. Then I put them all together. Which was also a way some of the songs for We Have Cause to Be Uneasy were written.”

Lovinggood took the advice of a friend and crowdfunded Consequences. Though he was initially reluctant, the allure of true creative control was far too compelling. He reached his fundraising goal handily. With the financial stress off his shoulders, Lovinggood was able to keep his focus on realizing his new album. Preston and company cut Consequences in a mere two weeks at Solorzano’s studio in Nashville – shielding themselves from outside influences; working until they felt perfectly spent.

The effort paid off: Consequences is the sound of an artist who, by staying true to his craft, has reemerged with his purest statement to date. Consider this a new introduction to one of America’s secret songwriting treasures. 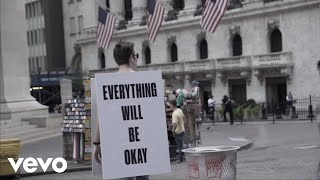