“Think old-school Kanye, The Avalanches and Mark Ronson rolled into one.” – triple j

Alice Ivy’s first foray into music, an ill-fated tryst with the clarinet, was swapped for guitar before she began beat-making inspired by the likes of The Avalanches and J Dilla.

In 2016 the 24-year old artist-producer released,”Touch” and “Almost Here” amassing more than 2M plays on Spotify. Her September showcase at BIGSOUND 2016 in Brisbane was widely reported as one of the best of the conference.

In two years Alice Ivy has performed more than 80 shows in 4 continents including main supports for Foster The People (US) Oh Wonder (UK), Billie Eilish (US), Remi and E^ST plus two sold-out Australian headline tours, toured the US and Singapore, Canadian Music Week and Australian festivals including Splendour In The Grass, Listen Out, Strawberry Fields, Pitch, Groovin’ The Moo and VIVID.
Her debut album, I’m Dreaming is due for release February 9, 2018.
Click here to pre-order the album! 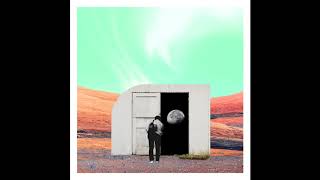