Dante Decaro has had a pretty busy year already. As a member of Canada’s Wolf Parade, he’s spent 2016 on the road with the reunited band as well as releasing highly anticipated new music in May.

Decaro has long been part of the prolific Western Canada music scene, having been a founding member of Hot Hot Heat as well as lead singer of Johnny and The Moon. An now, he’s finally announced his debut solo EP, Kill Your Boyfriend, which will be released on November 4th via Last Gang Records. 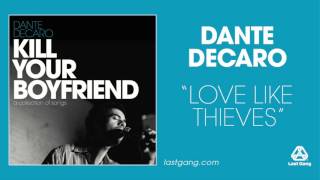