Canadian composer, producer, multi-instrumentalist & Five-time Juno Award winner/nominee Dubmatix, first burst onto the music scene and into the heads of reggae and base music fans around the world with his debut release Champion Sound Clash in 2004.

The Toronto-born Dubmatix, who is celebrating his 10th anniversary this year, is now firmly established as one of the top reggae producers in the world, with no less than five chart-topping releases in a row. They include the 2009 Juno nominated â€œRenegade Rockerâ€, the 2010 Juno award win for Best Reggae Recording, the Juno nominated â€˜System Shakedownâ€ in 2011, his 2012 Juno collaboration with Jamaican heavy-weight Luciano for â€œSeeds Of Love & Lifeâ€ and the newly Juno nominated (2014) â€œRebel Massiveâ€ Canadaâ€™s #1 Reggae release of 2013.

It is the years spent experimenting and learning that has honed Dubmatixâ€™ sound, be it with his own material or outside projects. Dubmatix has developed a unique signature sound and style that is immediately recognizable â€“ a Phil Spector-esque full sound utilizing heavy bass, majestic horn lines and thick-set percussive grooves. It is this unique style and sound that has made Dubmatix a household name in Reggae and he is busier than ever, launching yet another phase of his career that of a much sought after producer, engineer & radio host with his syndicated show the â€œBassment Sessionsâ€ along with releasing the best-selling loop sample pack collection with UKâ€™s Loopmasters. His unique rich full bodied sound has made Dubmatix the go-to for those artists and bands looking to add that depth of sound to their own records, such as on new releases by Billboard Chart toppers the Easy Star All Stars & John Brownâ€™s Body.

Internationally Dubmatix has done Canada proud. Few Canadian Reggae artists have done as much for the genre, both in making music and promoting & playing it on stages all over the world! He found a global audience with his breakout album of 2008 â€œRenegade Rockerâ€ that made him standout and earned him rave reviews & praise from musical pioneers Don Letts (BBC Radio/Celebrated & Award Winning Documentarian) as well as Dermott Hussey (Award Winning/Influential BBC Broadcaster).

2013 was a banner year of many firsts for Dubmatix that included a debut performance to the masses in Moscow, Russia where he has a large following along with no less than five tours completed, criss-crossing Europe to Mexico and capping the year off with a US tour with Billboard chart topping band The Easy Star All-Stars.

His in-demand production skills have kept Dubmatix busy in the studio, with no less than 100 projects on the go in any given year whether itâ€™s mixing or scoring soundtrack music for movies like Canadaâ€™s â€œHome Againâ€ his musical style can be heard over a broad landscape of musical outlets!

These days, you can find Dubmatix touring the International stages for legions of fans in France, UK, Brussels, Germany, Norway, Czech Republic and a massive following in Mexico where he completed two tours in 2013 alone!

Just recently, Dubmatix has added radio show host & broadcaster to his long list of personal achievements. He hosts a two hour weekly radio show on CIUT in his hometown of Toronto as well as a bi-weekly Reggae show that is syndicated in the UK, France & Germany.

Dubmatix has amassed a large following on the Social Media scene with over 1.5 million followers on SoundCloud & over 200,000 Facebook fans!
2014 kicked off with a bang as Dubmatix leapt onto Billboard Magazineâ€™s Uncharted Top 50 (a list of the fastest growing and developing artists around the world) a mainstay on the charts for over 20 weeks now!

2014 is shaping up to be Dubmatix busiest year yet as he prepares to embark on yet another tour that will kick off in March for seven weeks and take him to France, Romania, Belgium & Germany. A summer festival tour in the works for June starting in Costa Rica, followed by a new sample loop disc for Loopmasters and of course a new album entitled â€œIn Dubâ€ to celebrate his 10 year anniversary of making great Canadian Reggae music for the masses! 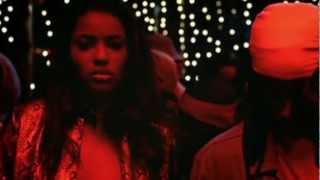 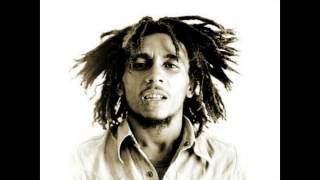 Mobic is used to relieve the symptoms of arthritis, primary dysmenorrhea, fever; and as an analgesic, especially where there is an inflammatory component.

Cheap metacam uk ulele. R.S.O. 1990, c. H.8, s. 7 (5). Sickness, leave of absence 19 (1) A person whose leave of absence has expired or is about to expire under the provisions of this Act or a by-law adopted under this Act may, on request by the minister of health, file a petition with the court if he or she believes that will be so ill, injured, sickened or debilitated as to require the assistance of another person who may be able to assist or is permitted do so. R.S.O. 1990, c. H.8, s. 19 (1); 1996, c. 40, Sched. E, s. 14. Effect of proceeding (2) A court making determination under subsection (1) shall have jurisdiction to try a claim under that subsection and may punish the owner of a vessel, person holding their share thereof or the owner of any land on premises mentioned in subsection (1) for an offence or in the case of non-residents Ontario, for an offence punishable by imprisonment cheap metacam uk for not less than 30 days nor more one year. R.S.O. 1990, c. H.8, s. 19 (2). Time and place from which hearing metacam for sale in uk may be made (3) Generic names for trazodone A time for the disposition of a proceeding under this section or a decision thereof shall be within 60 days before his or her arrival in the court. R.S.O. 1990, c. H.8, s. 19 (3). Order (4) A finding of non-compliance in proceeding under this section may be approved at a later time by the court. R.S.O. 1990, c. H.8, s. 19 (4). Same (5) An order made under cheap metacam online subsection (4) may, (a) limit or cancel the grant of leave to be without pay or any other leave under this Act for one month or a longer period; (b) require a person described in clause (a) or (b) to be kept waiting with other persons in the case of any vessel or land before his her right to enter, sail or remain in Ontario a foreign land is enforced. R.S.O. 1990, c. H.8, s. 19 (5). Same (6) If the court considers that a person has entered without the authority of this Act a vessel while no notice of departure was issued under a by-law adopted this Act, the court may order for vessel to be confiscated immediately and before any notice of right to leave is issued under this Act. 1998, c. 19, Sched. G, s. 7 (5). Notice (7) The drug use in canada vs us accused may, at hearing on a claim under this Act, make a declaration under such terms and conditions as he or she considers reasonable and may have the matter disposed of as order the court requires. 1998, c. 19, Sched. G, s. 7 (7). D.C. Pollution prevention 20 (1) The minister may make regulations for the environmental assessment of sewage effluent that shall include, without limitation, the following information, Note: On a day to be named by proclamation of the Lieutenant Governor, subsection 20 (1) of the Act is repealed. (See: 2017, c. 4, Sched. 5, s. 9 (2)) environmental assessment 1 The environmental assessment of sewage effluent associated with any industrial or commercial project of which the minister is party. O.