Drive Soundtrack alumni Electric Youth have announced their second studio album Memory Emotion with its lead single “The Life,” four and a half years after their influential debut Innerworld, most notable for featuring their groundbreaking movie hit “A Real Hero”.

In the time since then, the Toronto duo, consisting of vocalist Bronwyn Griffin and multi-instrumentalist Austin Garrick, have kept busy, collaborating two more times with Drive auteur Nicolas Winding Refn scoring two feature films (one set to premiere later this year, and one that became the aforementioned “lost soundtrack” release with Refn) working on the ‘Async Remodels’ album of Oscar winner Ryuichi Sakamoto and most recently appearing alongside Pharrell, The Weeknd and Haim on ‘Hyperion’, the Columbia Records debut from French electronic king Gesaffelstein All of this while writing and recording their new record, between LA and Toronto studios over the course of the past four years.

Their wide ranging influence is evident in anything from the diversity of the acts that have covered their songs (the Garrick penned ‘A Real Hero’ in particular has been covered countless times, from indie rockers Alt-J‘s acappella cover for their ‘iTunes Sessions’ EP to Sony’s pop-rock act Smallpools more straight ahead cover), to the production and sounds on the latest album from their hometown’s biggest star Drake in the mainstream (See ‘Summer Games’ which had all of twitter speaking of it’s “Drive soundtrack sound” upon release last summer, to having been a key inspiration (albeit unintentionally) in the creation of an entire genre in the underground (“synthwave”, a genre that emalutes their synth sounds, warping them into an 80s focused retro pastiche, something Electric Youth themselves have voiced disinterest in ever since their own sound first started to draw comparisons to the 80s, something they never intended) to the latest album from like-minded UK synthpop trio Chvrches (see “Really Gone”  and “Graves” their most Electric Youth sounding songs yet). Having definitively established that signature sound on their first album and earlier singles, now on ‘Memory Emotion’, Electric Youth push that signature touch a step further, exploring a wider spectrum of sounds, moods and tempos, resulting in their most dynamic body of work yet.

At times compared to M83 for their use of emotional analog synthesizer soundscapes to soundtrack both films and studio albums alike, Garrick says “Now that we’re establishing an additional lane for ourselves scoring films, it leaves our albums for writing the best songs we can. At the end of the day we don’t get caught up in hype and for the moment fads, it’s about the music for us and working from a place of true emotion to create something timeless.”

Having connected again with Peter Mayes of Empire of the Sun and PNAU on ‘The Life’ (Mayes provided additional production on several songs on ‘Innerworld’ and returns here on mixing duties) the track serves as the lead single and first track from the upcoming album. Speaking on ‘The Life’, Griffin says “Where our first album ‘Innerworld’ came from the internal world we create for ourselves in our minds, ‘Memory Emotion’ is much more outer-world, an album focused on the external world we live in and the way in which we interact with the world as a result of the emotions attached to our memories. In that sense, this album is really a natural successor to the first. Where the first album was finding that sense of self, developing and establishing a viewpoint, this second one is taking that viewpoint with us out into the world. ‘The Life’ encapsulates the spectrum of that experience, from the dark to the light.”

‘The Life’ single is out now, with the album ‘Memory Emotion’ to follow this summer. 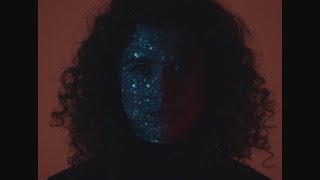 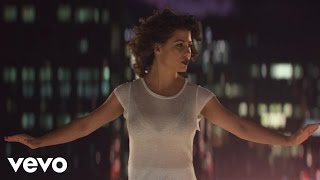 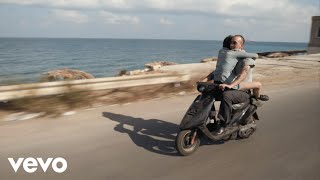