When asking experimental electronic yacht duo Fur Trade to pinpoint where their sound comes from, it becomes pretty clear that the list is never ending.

“We had the goal of making electronic music, but not with typical electronic sounds. There’s synths, drums, bass and guitar, but also piano and saxophone and even a full string section,” explains songwriter and producer Steve Bays, frontman of synth punk band Hot Hot Heat. “We both have a background in heavy music, so we wanted to find a way to do yacht rock with a heavy impact.”

The Vancouver-based duo, which consists of Bays on synths and drums and 24-year-old songwriter and session musician Parker Bossley (The Gay Nineties) on bass and guitar, combines both members on vocals, often singing together, to create a unique voice entirely their own. But the intricate sounds you hear on their album definitely don’t come overnight. “We usually write songs quickly. “Kids These Days” (the Fur Trade’s first single) was done in one night. We can write a song in one session, but then we’ll go back to the studio and take it down the “rabbit hole,”” explains Bays. The self-defined “rabbit hole” method involves the two locking themselves in Bays’ studio, Tugboat Pl. for days – sometimes weeks at a time – to get the “sculpting” just right. Bays has been recording and mixing albums for bands there for the past five years and insists, “with electronic music, the mixing is just as important as the song writing. You can’t take that for granted.”

Bays and Bossley admit to being obsessed with the minute details of production that most people wouldn’t notice. And it creates a delicate balance that is very apparent when listening to their songs. Big and hi-fi, while still sounding dirty; continually distorted, but with a soft vibe. It’s the two sides to Fur Trade’s music that makes it so unexpected. Bossley cites the loose and experimental psychedelic arrangements of 70‘s composer Piero Piccioni, as well as the thick funk lines of Rick James and Bootsy Collins as his main influences on the album. “The synthesized beats in Falco’s Einzelhaft were also a huge part of it for me, not to mention Steve and I both share a love for the soft pop from the 70’s and 80’s (Bowie, Sade, Hall and Oates),” explains Bossley, “but we add our own touch of modern grime and dirt in there.”

The two share a sporadic and high energy creative connection that allows them to combine, shape and reform their influences, styles and musical ideas into a unified one. In the beginning, Bossley often went sleepless for days to work with Bays at night and work as a chef by day. Watching them holed up in the studio together gives the most insight into the unique energy that comes when they work together. “We’re definitely going a mile a minute. It can come pretty fast. We’re continuously bouncing ideas, and suddenly, everything will merge. That’s the best feeling,” says Bossley.

For ‘Voyager’, one of many standout tracks on their upcoming album, Don’t Get Heavy, out July 23 on Last Gang Records, it all started with a beat. “I was sitting at a friend’s drum kit and started playing a beat. I liked it a lot, and wanted to remember it, so I recorded it on my iPhone. I put it on my computer and surprisingly enough, that recording is what you hear on the final product,” says Bays.

Not to say that the rest of the track came quickly. Also added to the mix were drum samples, both live and programmed, and eight passes of guitar, which Bays chopped up multiple times to get the notes and the feeling just right. “We’ve written a lot of songs, we have a lot more than what’s just on the album. But we’ll try anything. Some of our best work has come out of the sessions where we just try any instrument until we get the right sound.” The title track of the album, “Don’t Get Heavy,” came up after speaking with a friend who tends to always make things bigger than they are.

“I like to come up with album titles, and make them song titles. In this case, I wasn’t planning on working on a song, but I was thinking of this friend. I just wanted to tell him, ‘let’s hang out, but don’t get heavy’. I was so excited about the title, the song pretty much wrote itself.” And that’s the process for pretty much all of the songs on Don’t Get Heavy. An idea, a feeling, and a flow. 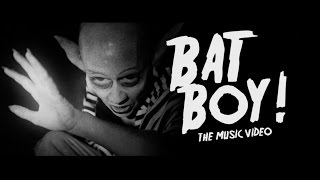 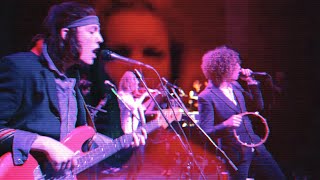