Born and raised on Cape Breton, the Nova Scotia native left the island after graduating high school in 2005. A struggling artist, Kay eventually moved to Vancouver, and turned to the internet to widen her chances of being discovered. She found herself emceeing raves around the world; deeply immersed in dance culture years before it became “big in America.”

Fast forward a couple of years; Kay brushes shoulders with OneRepublic songwriter/producer Ryan Tedder, who saw something special and ultimately helped the blonde pop emcee get signed to his Interscope imprint.

Her first music video, “My Name is Kay,” turned into a YouTube sensation with the song charting in Canada and building her fan base at home. Follow-up singles, including “Diddy Dum,” “Strangers” (featuring Pusha T,) and “Whatever” have gotten widespread recognition and have been featured on Much Music, MTV, and Perezhilton.com.

Kay has made friends and believers out of tastemakers like Tiesto, Diplo, and Steve Aoki, collaborating with all of these artists, most recently on Aoki’s track “Singularity.” With the help of her agent, Mark Cheatham of the Creative Artists Agency (Justin Bieber, Chris Brown,) she has toured with LMFAO, Far East Movement, Natalia Kills, Steve Aoki and Taio Cruz, and is currently working on a television series with VH1 and Ryan Seacrest Productions. With a full length album set to drop this fall, the story of Kay continues to unfold. 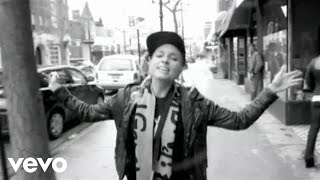 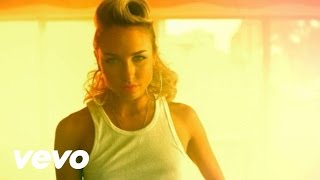