Kinnie Starr is an enigma.

Unwavering, yet delicate. Poignant and intuitive. Powerful, yielding, gentle and fierce. MC, singer, musician, producer, poet, actress, artist, seeker. She is a trusted guide and fearless explorer with a name respected in almost any cultural or artistic conversation. Her familiar and extraordinary voice continues to provoke new thought and an evolved understanding of art, love, sex, culture, humanity and more.

2013 is the next phase of her exciting journey. With a hotly anticipated new record being prepared for spring release and several other recording projects nearing completion, multiple artistic projects in development including film and new media, an award-laden career following brightly behind her, and all kinds of fresh creative energy, Kinnie Starr is poised to soar to even greater heights.

The last two years have been filled with reflection and renewal. Starr was celebrated and recognized for some of her many achievements; crowned “Pioneer in Hip Hop” at Toronto’s Manifesto Hip Hop Summit alongside legendary hip hop icon, Michie Mee, Kinnie was also lauded when the Digging Roots album she produced, We Are, won a Juno Award. Additionally, she was nominated for an APCMA Award for her video “It’s All You” (directed by Laura Milliken and James Kinistino), and Starr was honoured to travel to Paris, France in June 2011 with Beat Nation, a new media arts crew dedicated to showcasing Indigenous talent through Hip Hop as Indigenous Culture.

Kinnie Starr has toured extensively throughout her career including the UK, Europe, Japan, the US and Canada. She performed at the 2010 Vancouver Olympics, including exalted sets with the Borealis String Quartet, and at Canada’s National Aboriginal Achievement Awards on multiple occasions. In 2003 Kinnie was headhunted for her “rare and unique frame” and cast in Cirque du Soleil’s famed x-rated show, “Zumanity”. That same year she was nominated for a Juno Award as “Best New Artist”.

The tri-lingual Starr is of mixed European and Mohawk descent, and is a true Canadian at her core. She is acknowledged by many highly esteemed Canadian institutions for her contributions in music, art and culture. In 2008, The Royal British Museum in Victoria, Canada formally recognized her as one of BC’s cultural icons.

Starr’s songs have been featured in The L-Word and Thirteen, as well as in television and media ads, and on Le Chateau’s national play lists and Fashion Television Canada. She has worked with many talented artists including Tegan and Sara and Nelly Furtado, both of whom have acknowledged her as a key influence in their artistry. A prolific writer and collaborator, Starr is currently represented by Last Gang Publishing and their partner company Olé. Kinnie’s genuine beauty, intelligence, talent and passion are known to disarm as much as entice audiences of contemporary art and music. Her voice also echoes behind the scenes as a social advocate, working with youth in over 60 schools as a mentor through ArtStarts in Schools to promote literacy and authentic expression through hip hop and poetry. Starr also teaches for the Manitoba Audio Recording Industry Association and is a co-founder of Vancouver’s Aboriginal Music Lab with Sal Fererras and the Vancouver Community College.

As if that wasn’t enough, Kinnie Starr published a book of her poetry and artwork called “How I Learned To Run” through House Of Parlance (2008). She has also been an earnest student of Iyengar yoga and meditation since 1989 and maintains a disciplined practice as a devoted student and registered teacher, remaining an advocate for traditional, restorative and ‘old school’ yoga. Critically acclaimed Kinnie Starr; diverse, dynamic, blazing force of nature. For both her fiercely loyal fans and for those who have not yet had the pleasure, we have a question. Are you ready? 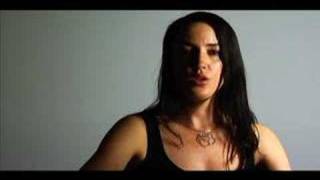