The duo first turned heads with their self-titled EP in 2012 and subsequent breakout debut album You Belong Here the following year. At the time Esquire included the band in their artists to watch saying “because somehow what starts like The Strokes and finishes like The Rapture doesn’t sound even a millisecond past its sell-by date,” and Paste noted the album’s “…infectious melodies…” Of the band’s penchant for creating memorable pop songs American Songwriter said they are “caught somewhere between the bright-eyed bounce of Phoenix and the big-city swagger of the Strokes…” and Time Magazine noted “there’s a little Vampire Weekend here – and also a bit of M83, with a pinch of The Black Keys.” Press weren’t the only ones noticing – the album garnered a rapid fan base behind the breakout alternative and AAA singles “Spotlight” and “Walking Backwards,” as well as a number of high profile uses of Leagues’ songs in film, television and advertising campaigns. “Walking Backwards” also found its way onto Sean Parker’s “Hipster International” playlist.

“Dance With Me” and the 10 additional tracks on Alone Together once again highlight Leagues’ passion for creating their own particular brand of dance pop. And perfecting that brand as well – Leagues first set about making what is now Alone Together not long after You Belong Here was out in the world. They completed the album in late 2014 but with a sinking feeling that it wasn’t the right one. “It’s hard to see when you’re in the middle of that process,” says Cockrell, “but I think we both had this growing feeling that we weren’t saying everything we wanted to say and weren’t pushing each musically to do all we could do. So we had to wipe the slate clean and start over.” Wholly produced by Lutito, and comprising both wholly reworked songs from the first pass as well all new ones, Alone Together captures a creative duo egging each other on the ever-greater heights. The songs themselves are among Cockrell’s best, and made all the more dynamic by programming envelope constantly being pushed by Lutito’s production.

The simultaneous weight and lift of the songs is well exemplified by the album’s title. Notes Cockrell. “No matter how well you know someone, your best friend, your lover, whoever; at the end of the day deep down inside you’re still alone. To me, the beautiful mystery is that a song can reach that place. Whether listening alone or even better at a show, a song can connect us in that deeply individual place. That’s the goal of Leagues.” 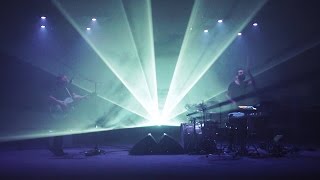 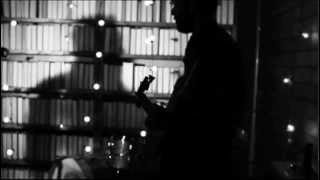 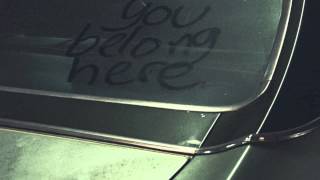