Every dark cloud has a silver lining. On November 1, 2012, Lower Manhattan was powerless. Red Hook was submerged. And Williamsburg, though spared most of the trauma of Hurricane Sandy, was shaken nonetheless. Felled trees and utility poles littered the sidewalks; normally harried Brooklynites, unable to get to work or anywhere else, wandered Bedford Avenue in a daze.

Dave Hodge — the veteran Canada-born musician (Broken Social Scene & Bran Van 3000, who has also performed with Macy Gray, Feist, Brazilian Girls, and Basement Jaxx,) arranger (Janet Jackson/Neptunes, Carly Simon,) and composer (through his company, Finger Music) — was sitting in a café that day when he saw an acquaintance walk by: singer and songwriter Leah Siegel (a fixture on the New York scene known for her solo project Firehorse and for singing with The Citizens Band.) The two had met while recording for a TV spot a few years prior, and hadnʼt seen each other since. Before the storm, Hodge had been writing songs and score for the soundtrack to the indie film Two Hands to Mouth; pleased with the results, he hoped to create a new musical project based on a few of the pieces. Something that day, maybe it was a post-Sandy you-only-live-once feeling, prompted him to run out and say hello, and ask Siegel if sheʼd maybe want to try writing some music together sometime.

In April 2013, after a few months of writing, recording, and mixing, Hodge and Siegel decided to create Leisure Cruise. The result is their self-titled debut, full of darkly hypnotic, danceable, synth based anthems.

The name is somewhat ironic. Right before Hodge and Siegel began working together, news broke that astronomers had discovered three new planets in the Lyra constellation that appeared capable of supporting life. In light of the previous fallʼs events, Hodge and Siegel got to talking: What if we had to leave earth and colonize a new planet? Hodge and Siegel imagined “a final leisure cruise for the human race,” he says, and the fledgling musical project as a sort of soundtrack for it. “Weʼre sort of living our lives in a state of leisure,” Hodge says, “with regard to using up resources and knowing whatʼs happening and not really doing much about it.” Not that Leisure Cruise is all doom and gloom (or that it could be, with a name like that). For Siegel, the idea of congregating on a new planet offers a new kind of hope. “What if the apocalypse is a peaceful event? We elect to leave this planet before the nuclear holocaust we’ve always imagined, let this rock regenerate and start over.”

So what would play on this spaceshipʼs sound system? Something sounding like the future as imagined in the past—yet rooted in the now. Imagine the music of a John Hughes film if it had been written by Bowie, remixed by Johnny Jewel, and fronted by a female Prince, and youʼll start to get the idea. Rounding out the sound is an impressive roster of guests (Metricʼs Jimmy Shaw, Blondieʼs Tommy Kessler, Liam OʼNeil from the Stills, Justin Peroff of Broken Social Scene, and Drakeʼs Adrian Eccleston.) Itʼs at once dark and light, serious and fun, melancholic and euphoric. Ask Hodge and Siegel about their sound and process, and the answer sounds a lot like what happiness researchers call flow. “We werenʼt trying to emulate anything,” Hodge says. “We were just making music.”

“Iʼve worked with some great singers, but itʼs really very effortless with Leah,” says Hodge. Chimes in Siegel: “This just the truest collaboration Iʼve ever experienced. And to have randomly run into someone on the street and be creatively compatible to this extent…itʼs a rare pairing.” Maybe it was fate; maybe the music of Leisure Cruise can, just a little bit, help to inspire change in this humbling post-Sandy world. “We want people to be happy and dance and enjoy music,” says Hodge. “I feel like when youʼre happy and positive, thatʼs when youʼre in the best frame of mind to help other people, and also do something to help the planet.”

Leisure Cruise will released their debut album on May 6th, 2014 via Last Gang Records. 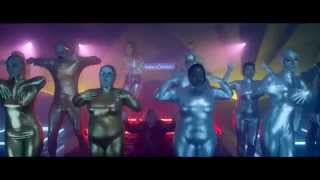 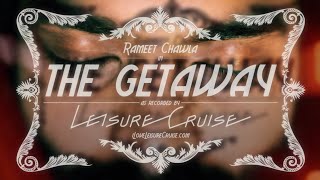