Pretty satisfying when it all comes together, isn’t it?

If you count yourself a longtime member of the devoted Cult of Lights, prepare to fully lose your mind to Little Machines. This record – a gleaming, groundbreaking, generously tuneful slab of brightly hued 21st-century techno-pop brimming with songs so immediate and timelessly pure of heart that they feel like old friends on delivery – is going to make perfect sense to you in the best way possible.

If you’re new to Lights, no worries: you’ve picked a fine place to start. Little Machines represents a self-assured expansion upon everything the diminutive Canadian singer, songwriter and synth enthusiast has done before. Now you can dive into the back catalogue with informed ears.

That catalogue has set the creative bar pretty high, for the record. Lights’s last outing, 2011’s Siberia, was a strikingly ambitious sophomore LP that turned many a head by introducing layers of synthetic dissonance and juddering dubstep bass into her signature, sweetly melodic electro-pop sound. It was a struggle to get Siberia past the gatekeepers and out into the world, but when it did get out there – to a No. 3 debut and gold sales at home in Canada, more than 100,000 copies moved worldwide and no small amount of international critical acclaim – it put Lights in the perfect position to conquer the planet with her next album.

The only trouble was the next album refused to come. Despite having Siberia’s artistic risk-taking validated by positive reviews and strong sales, Lights couldn’t come up with a note or a lyric she liked for the follow-up and descended into a bottomless pit of self-doubt. It’s astonishing to think that a musician who’s demonstrated so much flagrant promise and confidence from an early age might wind up stricken with fear that it was all over by her mid-20s, but that’s what happened: Lights was convinced she’d run out of things to say. It was a case of, as she puts it, “the worst writer’s block ever.”

“In the moment, I spent so many nights just bawling,” Lights concedes over a cocktail and a nibble at Sneaky Dee’s, the hallowed Toronto punk-rock eatery and live venue where she was once a beloved enough regular to have an entire dish – the “Cactus in the Valley” nachos – named in her honour. “‘What am I gonna do? I don’t have it anymore. I’ve just lost it.’”

Lights dabbled in painting and poetry. She sought refuge in the music of the many female artists, from Patti Smith to Cyndi Lauper, who’ve inspired her over the years. She disappeared into the New Mexico hinterlands on a solo writing sojourn that found her living off the grid in an eco-friendly “earthship.” And suddenly, once she’d stopped worrying about what she was going to do next and started enjoying simply listening to music again, the songs started to flow.
Lights proved her forward-thinking electro-mettle with Siberia, so on Little Machines — working with producer/engineer Drew Pearson (Katy Perry, OneRepublic) and A-list mixer Mark “Spike” Stent (U2, Madonna, Beyoncé) — she’s allowed the futuristic electronics to sit on a more even keel with the acute sense of melody she displayed on her 2009 debut, The Listening.

“It was about the lyrics and the melodies and dealing with the production later,” she says. “It was about getting this killer song that you could strip down and play.” Little Machines is less concerned with making a self-conscious artistic statement than its predecessor, and more concerned with letting the exuberant tunefulness of songs like the breezy “Running with the Boys,” “How We Do It” (which features the triumphant refrain: “It doesn’t go out in a blaze of glory / It’s all about how you ended up where”), and the anthemic first single “Up We Go,” sell itself unadorned.

At 27, Lights is no longer the preternaturally talented kid who signed her first deal at 15. During the writing and recording of Little Machines, she and husband Beau Bokan (of L.A. metalcore outfit Blessthefall) were expecting their first child, a daughter named Rocket Wild Bokan born this past February. Nevertheless, there’s a contagious, youthful vitality to the music that goes hand in hand with its themes of nostalgia and yearning for an escape to simpler times.

She also wrestled with the age-old questions artists ask themselves: “What purpose do I serve in the world of music? What can I offer people?’” she says. “So I started writing about things that mattered to me, and those things were youth and this awesome naïveté that I used to have. I didn’t write anything that was trying to be something, which felt really good.”

After all the hard labor that went into Little Machines, Lights is now delighted to find that becoming a mother has rejuvenated her creativity. As real as the tears and late-night panics were, the writer’s block turned out to be a false alarm. She’s still got plenty to left to say and, as she concludes, “I wound up making what I think is the best thing I’ve ever done.” 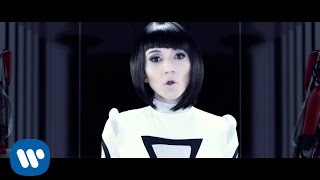 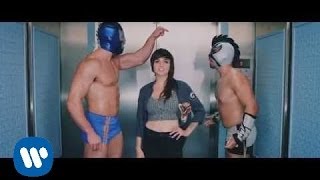