A buzzard sits atop it, the grass brown and parched below. It’s dusty, faded, chipped at the edges, graffiti filling the empty white spaces, a bullet hole or two visible in the large, black letters that read:

Welcome to Faded Gloryville. Leave your dreams behind.

In the eyes and imagination of acclaimed Canadian singer-songwriter Lindi Ortega it’s a place we’ve all been, we’re all familiar with or will one day know all too well. Some visit. Some stay. Some escape. Some leave only to return again. And for Lindi, it was also the source of inspiration — in title and in spirit — for her stunning new collection of country-kissed songs that make up her fourth full-length release set to come out on new Last Gang Record imprint, The Grand Tour. It is an album that is filled with the sights and sounds and souls of those who’ve found themselves in Faded Gloryville, brought to its saloons, flophouses and cheap motels by drink, by debt, by vanity, heartbreak, failure, fear or misfortune.

Her first glimpse of the place, oddly enough, was in another artistic vision, that of the Jeff Bridges film Crazy Heart, which depicts a fellow musician exiled in a similar metaphorical town, down-and-out, drunk and debasing himself and his talents for those who could care less. “I had a moment where I thought, ‘Could this be me? Could I wind up like this?’ ” says Lindi. “That was a very honest question to myself.” That self-doubt shouldn’t come as much of a surprise to those familiar with the subject matter of her past work, specifically 2013’s Juno Award-nominated Tin Star, considering much of it was powered by Lindi’s experiences as a young, struggling artist in the equally as fabled and dream-dashing place of Nashville, where she now makes her home. Likewise, however, it shouldn’t come as much of a surprise to those familiar with her incredible gifts that the feisty, fiery and fierce force of nature had no intention of taking up permanent residency in Faded Gloryville.

It was a pitstop. She took what she needed, saw the sights, hung with the locals, and high-tailed it out of there, hitting the road to capture its essence in three very different recording sessions. The first two were with producers familiar to her work, Dave Cobb who was behind the boards for Tin Star, and fellow Canadian castaway Colin Linden, who helped her realize her vision for 2012’s Polaris Prize nominated Cigarettes & Truckstops. The results of those, Lindi says, should be pleasing to those many fans who’ve discovered her over the years, fallen hard for her own unique take on the torch and twang of her country influences such as Hank Williams, Patsy Cline, Johnny Cash and Loretta Lynn that has taken her around the world to enthusiastic audiences everywhere.

The final session, though, was one that took her in a somewhat different direction, towards a more Muscle Shoals sound utilized by those that came before her such as Solomon Burke, Ray Charles, Otis Redding, Sam Cooke — artists she expresses an affinity and fondness for. Helping her navigate the new terrain were John Paul White from The Civil Wars and Ben Tanner from Alabama Shakes, who co-produced in their studio in the deep south what Lindi describes as three of the album’s more “soulful tunes.”

“I feel like country music, itself, is all encompassing. There are different facets of it,” Lindi explains. “And I love all of it, and I’ve always wanted to explore all sounds country-wise. I’ve explored bluegrass, I’ve explored outlaw country, I’ve explored classic country. And now I’m exploring this vibe. Maybe it isn’t necessarily country but it’s connected to the south. So I feel that it makes sense.” Despite the three different directions Lindi took in the recording process, together, the nine originals and a heartfelt cover of the Bee Gees’ classic “To Love Somebody”, do all make sense, delivering what is the singer-songwriter’s most assured, varied and engaging release to date.

It features everything from barn burners – good ol’ foot-stomping, toe-tapping numbers – to the ballads that Lindi has made her calling card, all delivered with an energy and emotional investment that makes them utterly her own. And, of course, the album is wrapped up in those fashionably tattered yet toney musical threads are the tales of those long-time denizens of Faded Gloryville, delivered with a remarkable amount of smarts, heart and humour.

“There ain’t no stars in Faded Gloryville,” she croons on the title cut. “We’ve chased our dreams into the ground / If disillusion has some hope to kill / Here nobody wears a crown.” And here’s where you’ll find the downtrodden and forgotten, the sinners and saintless, the jaded and jaundiced.

There’s Cheech & Chong-esque enabler couple in “Run Down Neighborhood”, whose derelict dates are down to the local convenience store. There’s the victim of addiction in “Run Amok”, who learns the hard way that, “When you run with the Devil you burn everything you touch/Bridges and money and everyone you love.” And here, too, is the very Lindi-like subject of affection in the song “I Ain’t That Girl,” who warns her would-be suitor that his money, status and Mercedes convertible aren’t going to get the job done: “Ain’t gonna tell you any lies / I’ve got a thing for long-haired guys / You’re too clean-cut with polished shoes / I like ’em rugged with tattoos.”

These are just some of those that find themselves in that town where dreams are left behind and all but forgotten. They may be those we know. They may be us. They may one day be. But lest you think that the album is one with no hope, an obituary for those who find themselves at the outskirts and on their way into a life from which there is no return, Lindi points to the opening song “Ashes,” which speaks of rising, Phoenix-like, out of that heartbreak and despair and finding oneself, evolving into something more. Ultimately this story, her story, everyone’s story can and should be one of redemption. “I always look at it like in order to get to Paradise you have to travel through Faded Gloryville,” she says.

And Welcome to Faded Gloryville. 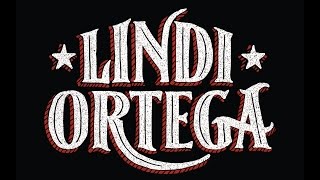 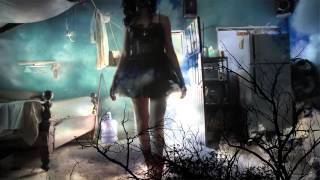