Humanity has sailed the ship of delusion about as far as it can go..

The world hangs precariously, desperately in the balance, while speed, chaos, and decay rule the day grimly. Harshness, isolation, and an abandonment of the sacred are the hallmarks of the Dark Age

To commit to being an artist while navigating the perils of a hyper-saturated, dystopian junk-scape, is a dangerous, disheartening, potentially deadly enterprise. The sun is setting. Brave living in dark ages is an imperative now, not an option.

Fusing the spirit of late-70’s UK punk and reggae with today’s sense of urgency and foreboding to create a deep, dense, subterranean dub, MEGATIVE is an NYC collective of musicians, artists and producers who aspire to stand up tall amidst the noise and confusion of the world with a big, bold, defiant sound.

Part Gorillaz, part The Clash, laced with King Tubby-style dub FX and swirling sirens straight out of Jah Shakka’s sound system, MEGATIVE is the sound of all these jamming together in an underground basement after-party at the end of the world.

Singer Tim Fletcher’s vocals channel the haunting, cool detachment of a young Terry Hall (The Specials) and fuse with the moody subs generated by Gus Van Go, of cult Montreal punk ensemble Me, Mom & Morgentaler, who has gone from frontman in his own right to become a much-sought-after, decorated producer in the contemporary independent scene. Together, these longtime fellow conspirators have been plotting the birth of MEGATIVE for many years.

The pair have known each other since the early oughts, with Gus producing Tim’s former band, Montreal/NYC indie stars The Stills. The seedlings of the original MEGATIVE manifesto were sown years ago during an overnight drive that Tim and Gus took while listening to Combat Rock, The Clash’s underrated late-career masterpiece. Both yearned for more of the album’s fiercely social stance, and strange, narcotic soundscapes, and decided it would be up to them to create more of it themselves.

Between that and Massive Attack’s apocalyptic themes, and bizarro, smoke-laden, electro-noir-lounge-cinema aesthetic, the Megative mission became clear: conjure up these sounds anew, update them, and use them to confront a whole new age in which the oblivion waiting just beyond the brink seems less like the absurd ramblings of a mad person and more and more like a foregone conclusion.

The initial spark, of course, stretches back much further, to the universal alienation felt by youth since, perhaps, even the first of the beat poets roamed down the bleak sidewalks of post-war Bleecker street… a call of loneliness answered only by the spirit of music.

“When I was 15-16, things were really rough at home,” says Fletcher. “I stayed away for days on end. My time in high school had really left me so depleted and confused and lost.” But that answer could awaken your own voice. “I remember being in my friend’s basement, writing songs inspired by The Smiths and other post-punk, and realizing for the first time that I could create my own universe in music, that I actually had some kind of agency in determining what kind of surroundings I lived in”.

The MEGATIVE tribe DNA is nuclear: Montreal-born Fletcher fronted The Stills, the first-ever band signed to Vice Records, who broke out with the chiming Logic Will Break Your Heart album, part of a wave including Interpol and The Yeah Yeah Yeahs that influenced scores of inheritors. To fully accomplish the mission, Tim and Gus assembled a crew of like minds, including Likeminds, the name of Brooklyn-based producer/mixer/songwriter tandem Jesse Singer and Chris Soper, young lions on the alt-R&B/Indie-hip-hop scene who cut their teeth working with big-timers like Wu-Tang Clan, The Roots, Snoop Dogg, and Kanye West. Having already scored platinum records on the Hot 100 chart, their wide-ranging arsenal of skills inside the studio virtually guarantees more of the same for years to come.

On the other side of the mic, Jamaican-born Brooklyn-based dancehall veteran Screechy Dan, co-founder of Ruff Entry Crew (the Wu-Tang Clan of dancehall reggae) wails out harbingers of Armageddon carried inside rhymes of great wickedness and dexterous flow — his connections fold in Studio 1’s Coxson Dodd and Lee “Scratch” Perry, and had a major global reggae smash with the Pose Off. He also yodels.

MEGATIVE’s music is an addictive pulse shot through with the immediacy of the moment. With echoes of Two-Tone, UK-punk, the trance of nocturnal dub and the aggressive insistence of modern hip-hop. These are songs that fuse space-and-time with the vibe of a monstrous global megacity sprawl… an urban ghost-walk through the haunted negative space that exists invisible within the accelerating hyper-noise of incessant information.

In MEGATIVE’s first single, More Time, the distance between Fletcher’s voice, the space and loping rhythms, the broad stretch in the vocal harmonies capture an inescapable modern angst. I Can’t Do Drugz (Like I Used To) throbs like a cardiogram and is a dead-on address of fading youth, the price paid after a lifetime of ignoring one’s own mortality. Have Mercy On My Soul has a melodic vocal hook over a gothic reggae guitar-lurch and perfectly poised beats and space. There’s the woozy bounce of Can’t Get Away and it’s snaky, minor-key piano lines and echoing FX, offset by the crackling high-stepping dub&bass nod of Bad Advice, a clarion call for self-reliance. Mix in a lonesome, spooked cover of Combat Rock anthem Ghetto Defendant, and the territorial borders of the foreboding post-apocalyptic landscape MEGATIVE stalks become crystal clear.

Gus: “There’s a lot of great music out there, but what we missed was the bass-heavy grooves and delay-soaked effects of ’70’s reggae and dub, along with the biting wit of the early UK punk scene. The mission is clear,” he explains “We aim to inject American mainstream culture with the idea that these sounds are not some retro, clichéd thing. They can be dark, ominous, and also lyrically relevant and challenging.”

Lyrical themes of paranoia and existential dread, and doomsday prophesying as a warning call to social consciousness and awakening from the great ignorance of our time, flood the record from start to finish. A call for brave living in dark ages.

“The world is in an unprecedented state of precariousness, and the lives we lead in this age of extremity — and our absurd, heart-breaking grasping for meaning, for connection, for some sense of a common shared humanity in this age — that yearning is what creates our songs”, adds Fletcher “and its byproduct becomes more than just positive or negative…  it’s MEGATIVE.” 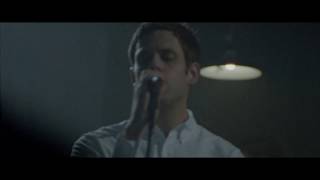 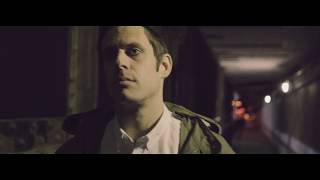