When you hand over your money for a concert ticket, what are you really paying for? Some idea of the performer you’ve gleaned from gazing longingly at album covers and compulsively clicking YouTube videos, or the performer as they choose to express themselves on that given day?

Is the consumer entitled to a certain expectation of the performance — a satisfaction-guaranteed procession of “the hits” — or should the artist interpret the fan’s investment as a vote of confidence, that the fan is willing to follow their every whim? In other words, is the customer really king, relegating the artist to the role of a court jester whose sole purpose is to entertain on demand? Or does the artist, elevated up on the stage and paid for the privilege, still dictate the terms of the contract?

For Metric frontwoman Emily Haines, all these questions came to a head on the evening of March 30, 2008 at the Phoenix Concert Theatre in Toronto. She was all set to perform the sombre piano-based ballads that comprised the two releases from her solo venture, The Soft Skeleton: Knives Don’t Have Your Back and What Is Free To a Good Home? — much of which were written following a time of great sadness and personal loss. But having performed those songs so many times since Knives‘ September 2006 release, Haines had an epiphany during that Phoenix show — she didn’t want to be sad anymore. And she didn’t want to play those songs. So, about 40 minutes into the show, she stopped “Dr. Blind” mid-verse and said just that: “I don’t want to play these songs anymore.” Instead, she spent the next half hour talking to her fans, encouraging them to join her at the piano on stage and, for the grand finale, pulling a kid from the audience for an impromptu duet on Metric’s “Live It Out.” She was up for anything — except playing those songs. Some disappointed Soft Skeleton fans in the crowd probably thought the show was a trainwreck. But for Haines herself, it was about getting her mind back on track — to the business of completing Metric’s long-awaited fourth album, Fantasies. 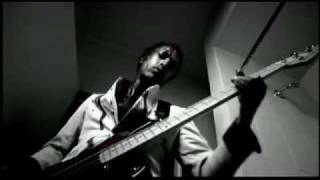 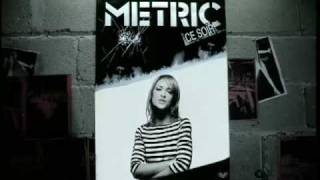