Iggor Cavalera is best known for his part as the drummer of Brazilian super-group Sepultura. Having toured heavily around the globe, winning several “Best Drummer” accolades and selling over 10 million records, Iggor’s incredible ability to project emotion and evoke thought through his percussive talent is being given an outlet in the form of his exciting collaboration with his wife, DJ Laima Leyton. Together, they are MixHell.

Iggor and Laima took MixHell from the studio to the stage, adding uplifting elements of rock to electronica and giving it all an organic, intuitive and complimentary touch. Armed with an MPC Sampler, turntables, CDJs, mixer, a full drum setup and miscellaneous percussion instruments, their eclectic and energizing live stage performances are pure eye-candy with music created on the fly. MixHell do things in a big way and in doing so, are delivering a show that fully explores their vast background of musical influences. A quite engaging and unique experience which the whole BNR crew have once more experienced during MixHell’s headlining show on last years Smirnoff Nightlife Exchange Project, held in Berlin.

The MixHell line up for 2013 and beyond boasts a new member in the shape of Max Blum. For a number of years now, Max has been a part of the MixHell studio setup, collaborating on beats and bass lines and generally adding to the overall groove. In 2013, he steps out of the studio and on to the live stage as MixHell’s touring bassist.

MixHell had their first appearance on Boysnoize Records back in 2009 with Brodinski’s Remix of their one-shot single “Highly Explicit,” from which they gained respect in the emerging scene almost overnight. But it wasn’t until 2011, when their debut EP Antigalactic saw the light of day, that they stepped onto the world stage of the EDM scene. Antigalactic was nothing short of a mindblowing combination of sounds that saw the act dive into such diverse genre material as rock, electroclash, and cyber punk.

More recently, MixHell have taken things to the next level with debut album Spaces. 1st single “Exit Wound” was remixed by what reads as a who’s who of modern electronic superstars – a fitting force for a release that knows no bounds. 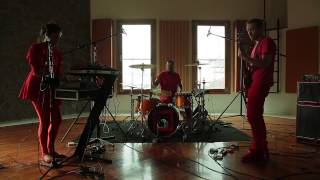 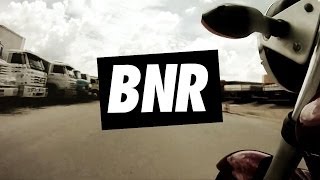