An acclaimed five piece who pour their emotions into every track, Silver Starling has quickly found its way onto critics’ radars while audiences have been won over by the group’s brand of ernest and energizing rock.

At the core of the ensemble is Marcus Paquin, lead singer and main songwriter, who after spending years working with several Montreal bands as a musician, producer, and recording engineer, started dedicating himself to his own project. He met up first with drummer Liam O’Neill, and together they started playing, recording and writing songs. Marika Anthony-Shaw, a violin, viola and keyboard player (and Paquin’s wife) naturally became the third member of the group. “Liam and I were working on the songs,” Paquin says, “and she would come back from tour a week at a time and jam with us, or just lend an objective ear.” A friend of Paquin’s and bassist for Sevens Project, Peter X, offered to record with them and since then Silver Starling has also added Gab Lambert who plays guitars and banjo and interjects a sparkling personality into the mix.

Silver Starling, the group’s lush self-titled debut, displays a rare feat in songwriting, balancing difficult realities with poignant optimism. This promising new band’s first work is full of sincere, sonically-rich tracks, and such nuance is at the core of Silver Starling’s appeal. The album was released across North America in the fall of 2009. 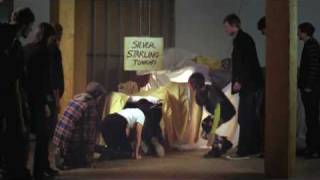 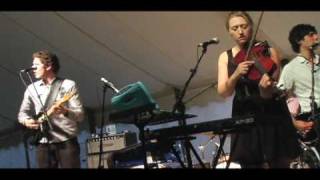