A joyful cheer … a raised fist … an upward roll of the eyes … no matter where you come from, you can decode these signals without a dictionary. You don’t always need words to communicate.

But they sure can make a big difference.

“I wasn’t mature enough before to understand how much weight words can have,” says producer Sir Bob Cornelius Rifo, mastermind of the Bloody Beetroots. Now, as his music evolves to a higher state, language—in all its gravity and fluidity—plays a pivotal role.

Certainly, language barriers didn’t stop the Italian-born Rifo from connecting with audiences worldwide almost immediately after unleashing the first recordings in late 2006. Inspired by Rifo’s lifelong love of comic books and punk rock, the visceral kick of the Beetroots’ sound has featured prominently in TV shows and video games, and powered dozens of remixes, for artists including Chemical Brothers, Depeche Mode, The Refused, Peaches, and Britney Spears.

But Rifo doesn’t just want to entertain audiences; he strives to engage and challenge them, emotionally and intellectually. And he’s increasing articulate in his pursuit of that goal.

“I wasn’t able to talk when I started,” he admits, “but I can talk with people now.” Not just “talk” in the literal sense (although his command of English has grown more sophisticated), but figuratively, too. Changes in Rifo’s personal life and the world in general have inspired him to speak with increasing openness–and listen attentively to the words and ideas of others as well.

That in turn enabled Rifo to work more closely with myriad artists on his next album, including Jay Buchanan of Rival Sons, Wade McNeil from Gallows, San Diego electronic duo Prayers, and Australian singer Nic Cester of Jet. “I’m much more emotionally involved with the words,” says Rifo of the new material, and cites the beers, bonding, and heartfelt conversation shared with Buchanan while creating the passionate “Nothing But Love” as a prime example.

Ironically, this heightened appreciation for the importance of personal connections resulted from performing in front of some of the biggest audiences of his career. In early 2015, Rifo put Bloody Beetroots on hiatus and poured his energies into DJing more (under the moniker SBCR) so he could more fully explore the current state of the international EDM scene.

“I love to study and learn,” he explains. “And I was looking for the fastest project that could take me around the world.” What he witnessed in his adventures as SBCR both discouraged and inspired him.

“I saw a lot of people spinning records, willing to be famous with a song they didn’t write or produce,” he recalls. Heightened cross-pollination between the realms of underground electronic music and Top 40 pop meant he had to be able to compete with Major Lazer and Justin Bieber, The Weeknd and Daft Punk, Sia and DJ Snake. Rifo couldn’t be content to simply entertain revelers; he wanted to offer music of greater substance.

Thus the fundamentals of melody and harmony that Rifo learned via his childhood studies of classical music play an increased role in the new Bloody Beetroots material. “I wanted retain the spirit and maintain the energy of electronic music, but keep it rooted in analog and bring in something original,” he explains. “So I started from scratch and began playing guitar again.” As songs like “My Name is Thunder” and “Kill or Be Killed” emerged, he sought out singers who matched the voices he heard in his head, and incorporated their ideas into the new tracks, too.

This creative process requires more work and concentration, but that modus operandi suits Rifo. “You have to take the time to create something consistently relevant,” he stresses. In an era where rapid-fire accumulation of likes and retweets mint new “pop culture” icons in moments, Rifo strives to create true counterculture, investing hours, ideas, and energy to make art that rubs against the grain.

Towards that end, he continues to work with Tanino Liberatore, the legendary Italian comics author and illustrator. An early and enduring inspiration to Rifo, Liberatore created RanXerox, one of the most iconic anti-heroes featured in the pages of Heavy Metal. Record collectors will recognize Liberatore’s work from album covers including Frank Zappa’s The Man from Utopia, and his striking images—previously showcased on the sleeve art for Romborama and Hide—remain an integral element of Rifo’s visual presentation.

“I want to open a little window on to the meaning of freedom, and what art and music should be in a society,” concludes Rifo. As he celebrates the tenth anniversary of Bloody Beetroots with a reinvigorated attitude and his best music yet, he’s quick to reiterate that this is only the latest chapter in a story that’s still unfolding. “As long as I’m vertical, I’ve got to keep evolving.” 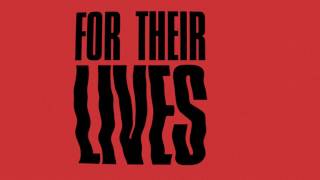