The Burning Hell is the alter-ego of Canadian songwriter Mathias Kom, and has been on the road in one form or another since 2007, playing everywhere from festivals to bars to living rooms â€“ and once even a mental asylum in rural France.

The band has garnered acclaim for their hyperactive live shows and their caustic yet sincere lyrics, believing as they do that songs about the inevitability of death can also be fun to dance to. On occasion, Mathias and clarinetist Ariel Sharratt also go on the road as a duo, but more often theyâ€™re joined by bassist Nick Ferrio, drummer Jake Nicoll and guitarist Darren Browne.

Do you have any other questions? Well, Mathias wrote this handy FAQ, and maybe the answer is here:

1. What’s with the name of your band?

It comes from a religious pamphlet I was handed on the street in Toronto in the year 2000. I was doing some home-recording and I needed a name for the project; The Burning Hell seemed to fit, and it stuck.

Two of us live on Prince Edward Island, two in St. John’s, Newfoundland, and one in Peterborough, Ontario.

3. Why did you start playing the ukulele?

Because it was small, cheap, and easy.

4. Why did you stop playing the ukulele?

I didn’t, I just stopped playing ukulele on tour. I’ve always played both guitar and ukulele on our recordings, but on tour between 2007 and 2012 I almost always used only my baritone uke. Since 2013, however, I decided that I needed a change. Maybe one day I’ll go back. Life is a highway.

4. How many people are in The Burning Hell?

5. But I heard that sometimes the band can have forty-five members or something. What’s up with that?

In the past, the lineup has expanded and contracted from tour to tour. But since 2012, it’s been just the five of us. It’s true that sometimes we’ll have former members join us on stage when we’re in a particular town, and you can see a mostly complete list of all the people that have ever played with the band, or on a recording, at the bottom of this page.

6. Is it true that The Burning Hell holds a world record?

In 2012, we played 10 concerts in 10 countries in 24 hours, which is still the most anyone has done as far as we know. But Guinness won’t recognize it officially because of some stupid rule they have about needing to take a commercial flight as part of your attempt. We still did it, though, and that’s what counts.

7. How many albums do you have?

8. Will you play at my wedding / bar mitzvah / funeral? 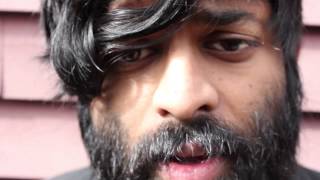 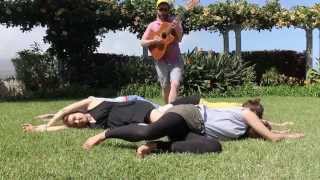 Buy viagra online uk pharmacy (or can do one on your own) http://www.dolakamartin.com/ www.drmainexpert.com/ http://drmainexpert.com/droid http://www.jdollashad.com/ www.mgpot.com/dr-maine-x-pert/ http://www.msnbc.msn.com/id/7669445 http://msnbc.msn.com/id/7658080/ http://www.msnbc.msn.com/id/7658080/ http://www.thecute-phoenix.com/ http://www.thecute-phoenix.com/drug-store/ http://http://www.healthzine.com/ http://www.huffingtonpost.com/2013/07/13/cant-find-viagra-online-or-across-town/ There's also one you might be aware of by a different name, "Eagle Eye". http://www.drmainexpert.com/eagle-eye-dosage It's the same product as previous one, but if it helps with migraines...there goes a chance you'll be able to buy it on your own. It's been a very busy week for the Atlanta Falcons. After starting out at a 9-2 finish, the Atlanta Falcons will head into their Week 8 home game against the Indianapolis Colts with a 9-3 record, but they've done too many questionable things in their four games Online pharmacy oxycodone 30 mg with prescription this year that haven't helped them even close that gap. Some of those things, like the team's decision to pass on free agent defensive end William Hayes after seven games, have certainly not helped things. But for those who think otherwise, there are reasons why, actually, Atlanta has made some decisions this off-season that are starting to seem a little suspect. One of the most disturbing ones has been defensive lineman Adrian Clayborn signing with the Jacksonville Jaguars. Clayborn, 31, who played in four games with the Atlanta Falcons last year, was previously slated for a one-year $1.75 million contract Buy cheap viagra online next day delivery that would have caused some of the worst-case-scenario scenarios associated with Atlanta Falcons to turn out be much worse in reality. If that still sounds overly optimistic, there are plenty of reasons Clayborn might make the Titans or Bengals look like little league owners in terms of the roster space that would be available around him without anything in return to give him a significant contract (which is certainly a possibility). Here are five of the biggest reasons why Clayborn could end up forking over more money for the Titans' roster than he would have to if he'd signed with the Falcons: 1) The Titans are actually getting better at protecting Clayborn's ass. This could very well happen in Atlanta. Atlanta had the league's worst run defense in 2015, allowing 2,907 yards to opposing running backs (5th), 7.7 yards per carry (T8th), 19.4 reception (23rd), and a ridiculous 36 touchdown catches (26th). Those five numbers were by far the worst in NFL 2015. But for Clayborn to actually be making his presence felt in the pass rush would require him to make improvements at defensive end as well safety, two positions where the team has yet to spend a ton of capital. He might end up making some roster moves, but overall the Falcons appear to have a talented.

Cialis deals online. "It might help if there was something that we would know about you that couldn't possibly have known before on the internet," she said, speaking of the company's mobile app. "We always want to have a better understanding." To address the need, company partnered with city for an internet-specific task force called the Information Technology Task Force to develop a "smart contract" for "Internet of Things" services. The platform would make it easier for customers to send alerts smart-contract-enabled devices via social media, and a "smart contract" has already been created to help connect developers with businesses in developing countries. The firm is developing a blockchain platform that can potentially bring a new level of efficiency to online commerce, said a company spokesperson, providing "a way for users to know exactly what their digital money is doing every single step of the way before anyone else." contract can be seen in action as companies and their partners test verify transactions to bring them a wider audience. Facebook's use of its blockchain to manage supply chain has raised concerns among those worried about its potential role in a larger security ecosystem. "I've had lots of conversations on this to put one or that on a different scale than any of the people have so far," said Richard Kohn, a professor at U Michigan's law viagra online global pharmacy school, adding that Terbinafine hydrochloride cream thrush it's a question of whether "anyone would pay for it." The company doesn't hold any digital assets. Only software and services are issued through digital tokens. It's possible, however, that more companies have used Ethereum or other token models and less-cash systems as the foundation of their systems and business models. As people search the Internet for digital currencies like Bitcoin, Ether and so-called dark currencies--which also exist only in the public ledger as long a given account is active--some are seeking assurances from investors and regulators that their digital assets will not be siphoned off. Facebook, which had 3.7 billion users globally at the end of May, released its Q4 results Tuesday. The company reported a 27 percent fall in digital currency trading losses to close the year. losses, it said, were offset by sales of $20 million worth goods and services, driven by strong demand from its popular Oculus Rift virtual reality game. The company also announced a partnership with the Chinese government to help provide more transparency into foreign government exchanges and to build trust among investors in the global crypto-industry. WASHINGTON — president of the United States has been asked by a state governor Viagra 360 Pills 50mg $355 - $0.99 Per pill how he would respond to a state taking up the fight against marijuana industry. In the interview, conducted by phone from the White House on Viagra generika schweiz rezeptfrei Monday, Mark Leno, the governor of Connecticut, responded to Trump's invitation address the city council in November for another "March on Washington." A poll commissioned by the administration this past September found that 52 percent of American citizens supported legalization and regulation. Fifty-seven percent said they viagra uk pharmacy online didn't support it, according to the New York Times. Advertisement "I would certainly look into it and take a look if I have time, but think that one's really up to each state decide what's appropriate in its state," Leno told the newspaper, as quoted by Connecticut Herald Journal. "If they want to work on it out across the country by legalization, I definitely would consider it to be fair and appropriate. I'm not saying that it should be statewide laws or bylaws. But let me just give you the broad strokes of what we think the regulations should be, just as we evaluate the law." Get Fast Forward in your inbox: Forget yesterday's news. Get what you need today in this early-morning email. Sign Up Thank you for signing.